7 African music festivals you really have to see

One of the most exciting things about the African continent is its dynamic arts and culture scene. The celebration of this is even more amazing. The Fest Gurus have set out on a journey to visit every major festival on the continent to share their beauty and tell a different story about Africa through the exploration of its arts, culture and music.

Festivals are not just a good time but a key element in the development of the arts scene, one of Africa's hidden treasures. Here are seven of the continent's best.

Every year for the past 10 years, Lake Malawi has played host to one of Africa's most respected festivals, the Lake of Stars. The Lake of Stars festival has been hailed variously as "simply the finest festival in the world" and "the world's most spectacular music festival" by major media outlets. 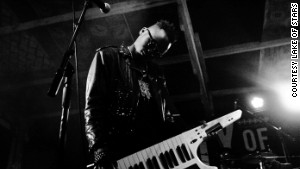 There's never a dull moment at this event; some performers have been known to do their sets from trees, while the minister of tourism even skydived into the festival. One of the most interesting aspects of the festival is that none of the international artists who perform are paid a fee. Past editions have included headliners The Noisettes, Oliver Mtukudzi, and FreshlyGround. Local Malawian music fuses with styles including Swedish electronic dance music at this festival. (26-28 September 2014)

The Harare International Festival of the Arts (HIFA) is touted as the "Glastonbury of African festivals." 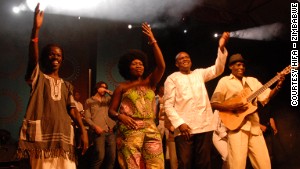 Established in 1999, the festival takes place each year in late April or early May in Harare, the capital of Zimbabwe. The week-long festival encompasses five principal disciplines: theater, music, dance, fine art, and poetry. Attendees can take djembe drumming lessons, take in a poetry session, fashion show or catch their favorite artists performing.

HIFA is probably the most innovative in terms of social media use; last year, the festival had a screen that showed attendees' tweets. Another great thing about HIFA is that you pay per event, according to your interest, unlike other festivals where a standard price is paid for all events. (29 April - 4 May)

South Africa plays hosts to many of Africa's big festivals including Oppikoppi, Joburg Arts Fest and Grahamstown Festival. However, the Cape Town International Jazz Festival is one of the most popular and longest running. 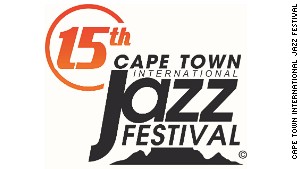 Founded in 2000, it is recognized as the fourth-largest jazz festival in the world and the largest jazz festival on the African continent. The great thing about this festival is that it features performers across a variety of genres, so there's something for everyone. The action takes place across two huge stages. This year's crop of artists features Erykah Badu alongside local acts like Micasa, The Soil and more.

The Sauti za Busara festival, which translates to "Sounds of Wisdom," is held every year in February in Stone Town, Zanzibar, Tanzania. Performance spaces include old forts, amphitheaters and other historic buildings. Besides live music shows, the festival includes several other activities such as movie screenings, fashion shows and networking events for those in the entertainment industry. (February 13-16 2014)

Like South Africa, Morocco hosts a large number of festivals. At the Marrakesh festival, expect to see snake charmers, fortune tellers, fire eaters and acrobats competing for your attention while you listen to traditional Moroccan music via Berber musicians, drummers and dancers. (2014 dates TBA) 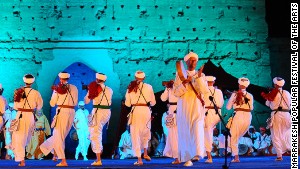 Marrakesh Popular Festival of the Arts

When post people think of Swaziland, they think of King Mswati and the Reed Dance. However, the capital city Mbabane puts on a thriving music festival called basedBushfire. It was listed as one of "Nine Music Festivals You Actually Want to Attend This Summer" by MTV Iggy.

Like HIFA, Bushfire fest hosts an impressive lineup of international and local acts. The party never ends as guests have the option of camping at the festival location. Of the things that makes the fest unique is that all funds raised go back to the local communities. (30 May-1 June 2014)

Vic Falls carnival is the youngest festival on the list (it begun in 2011) and takes place in Victoria Falls Town, Zimbabwe. Performances take place during the evening so that guests can take advantage of the tourist capital by day by indulging in activities like white water rafting, paying a visit to the Victoria Falls, bungee jumping or visiting the museum. 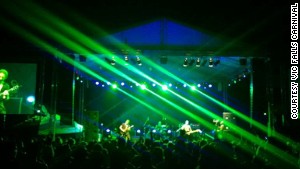 Although held at the very end of December, southern Africa's rainy season, this three-day festival is the perfect way to welcome the New Year. Expect a mostly alternative/rock lineup with some local Zimbabwean acts and one or two artists from neighboring Zambia.

One of the unique aspects of Vic Falls fest is the journey there. A steam train picks up attendees in South Africa, while Namibians, Tswana's and Zambians can catch buses in their respective countries. On one night of the festival, guests are packed into the steam train which stops in the middle of a national park and hosts a DJ-fueled dance party. (2014 Dates TBA)